The Contrada Museum of Tartuca 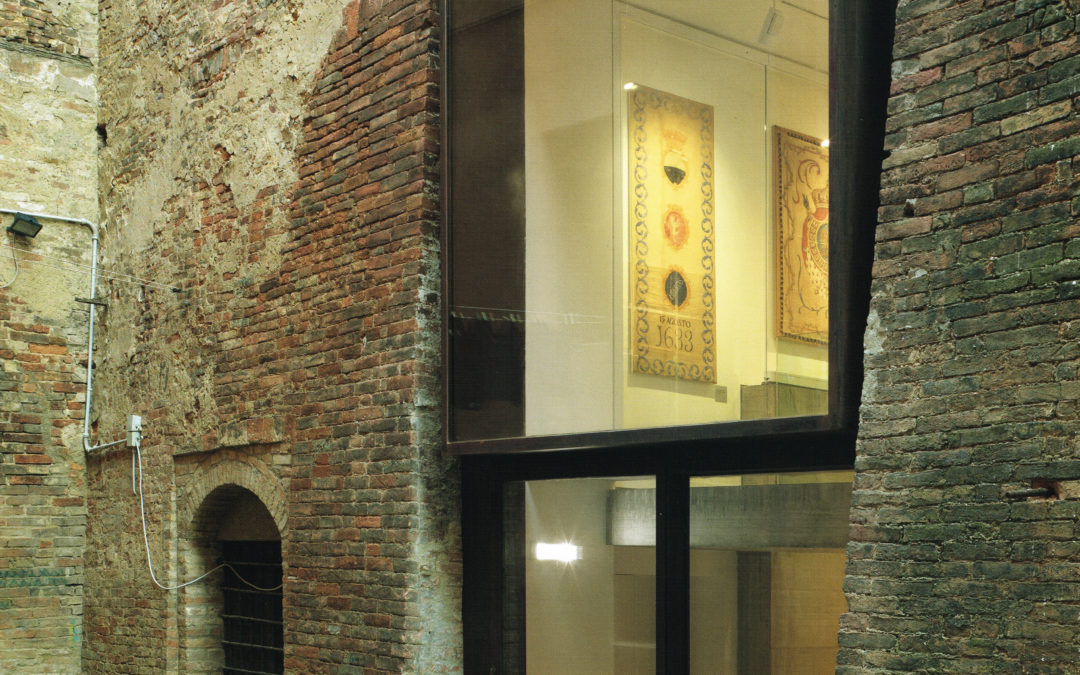 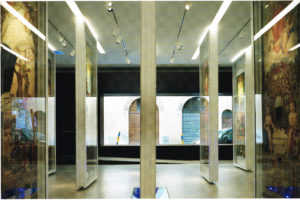 The urban display case a museum-system, born of the organic aggregation of single cells which exist autonomously with their own well-defined identity stremming from a common  stylistic code, but which at the same time, arranged into a system, form a single vast museum, the result of a wider urban redevelopement project. In the Museo del Palio e del Costume, harsh elements are juxtaposed in their materiality without intersecting, completing reality with a rational gesture based on a simple, rectilinear geometry. Undivided expanses of glass open up to the Museum to street view, to the outside word and the curious gaz of the tourists, but also to the everyday passage of the locals, removing the concept of opening times and replacing in with the idea of the urban display case, introducing a new perceptual relationship. Inside, an arrangement of itineraries defines a true internal urban fabric: a complexity on multiple planes which animates the space with a series of staircases, ramps and the steps, guiding the visitor through the exhibition and at the same time connecting new architectural spaces at the service of the community.
The material used declare their phisycal, contemporary nature, deliberately renouncing ostentation and decoration: reinforced concrete, corten, resin, steel and extra clear glass are shown in their natural state without illusory contrivance, inflected not as mere adornment but as matter to be shaped .Continua a leggere >> 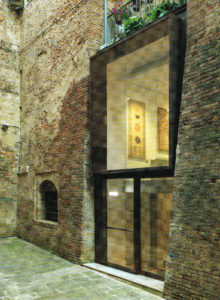